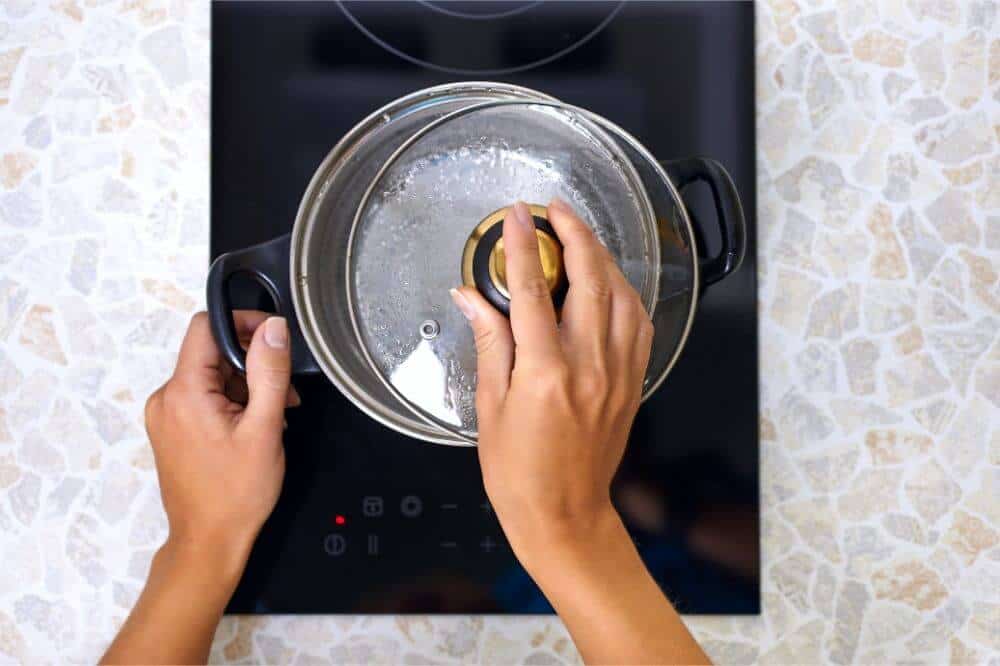 You’ve probably heard a lot about induction cooktops and all the benefits of using one. If so, you might be wondering if that cast iron skillet you use all the time is compatible.

Well, good news – it is. But there are a few things to be mindful of before you decide to prepare your first meal.

What is Induction Cooking?

It sounds a bit unreal – a cooktop that doesn’t really get hot. But what makes the cookware hot is the magnetic field produced in the wires coiled inside the cooktop itself.

When you place the cookware on top of your stove, the magnetic field reaches the metal of the pan, generating an electric current. This significantly cuts the boiling time – a large pot of water can boil in about three minutes. In general, induction works faster than both gas and electric stoves.

One of the amazing things about induction cooktops is that they’re much safer than other kinds of cooktops. For example, if you turn on the induction cooktop but don't put the pot or a pan on top, it doesn't get hot. It has to react with the metal in order to heat up. You can even place a paper towel or a dishcloth on top of a cooktop and nothing would happen.

There are a lot of guidelines and rules regarding cookware and induction cooktops, primarily, that cast iron cookware will work with induction. It’s an item made entirely of metal so it makes perfect sense.

Glass cookware won’t work with induction at all. Nor will all-copper cookware, unless fitted with added layers of magnetic properties. Some manufacturers have done just that, but that still leaves out older types of pans. You can always look for the little looping induction logo on the cookware you’re looking to buy; that means that cookware is induction safe. 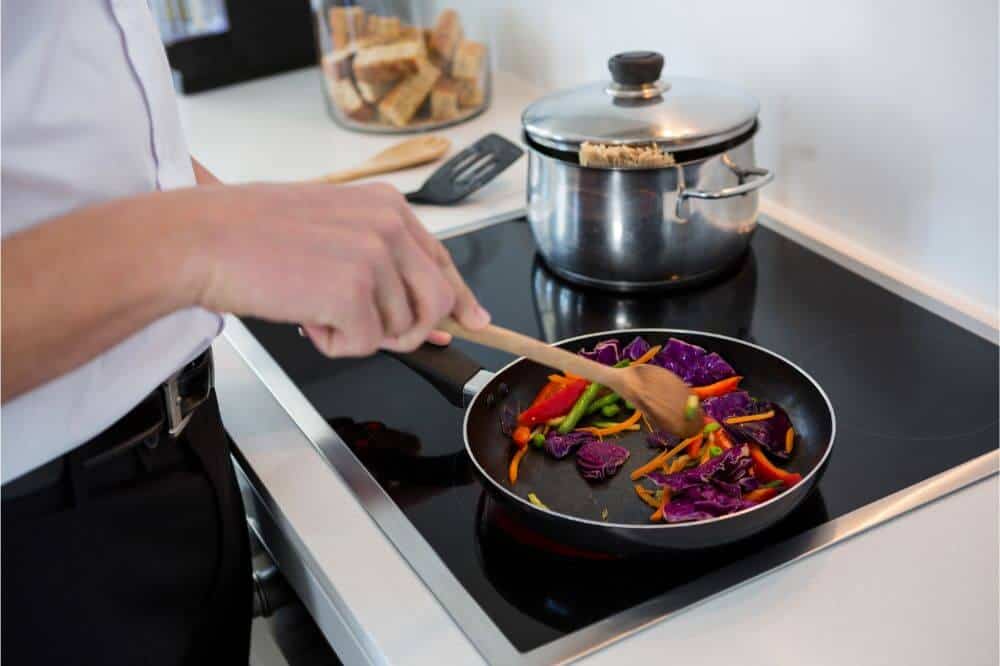 How to Use Cast Iron Pan on an Induction Cooktop

Cast iron pans and induction cooktops go hand-in-hand. If you put an iron skillet filled with water on the induction cooktop, odds are it will be boiling before the handle of the skillet gets even mildly hot. That’s pretty impressive.

But one of the main concerns regarding cast iron skillet cookware and induction is scratching to the cooktop’s surface. Often, the bottoms of cast iron skillets are rough and uneven. The pans can also be quite heavy and there can be accidental scratching.

But there are ways to alleviate this problem. Some people use a piece of parchment paper between the cooktop and skillet. Even tissue paper can work. Alternatively, you can just get a baking mat and use it to protect a wider area of the cooktop.

A cast iron pan retains the temperature for a long time, more than other materials. But, it doesn’t respond well to sudden changes in temperatures. Also, you have to make sure that cast iron is seasoned, meaning that you have to apply some vegetable or animal fat before you use it.

Unlike other kinds of popular cookware, cast iron skillets are completely chemical-free. To an extent, they’re the preferable cookware for people suffering from iron deficiency.

This is one of the main things people look for in a pan. No one wants half their food to remain in the pan, and no one likes a complicated cleanup later. Yes, the cast iron pan has to be seasoned to be used, but it doesn’t require a lot of fat. Also, it goes from cooktop to oven perfectly. You don’t have to mind the temperatures.

Unless it suffers some extreme damage, it’s going to last a lifetime and you can even pass it on to family or friends.

Made for Each Other

Not only do cast iron pans work on induction cooktops, but they’re also the safest option available. There are some concerns, mostly about making sure your induction cooktop stays undamaged, but that’s easily managed.

A cast iron skillet is versatile cookware, very popular, and incredibly durable, and induction cooktops, even though somewhat a novelty still, are the most practical, modern, and safest way to prepare your meals.

Cast iron pans have been around forever and will remain for a long time yet, and induction cooktops are making their way into increasingly more households.