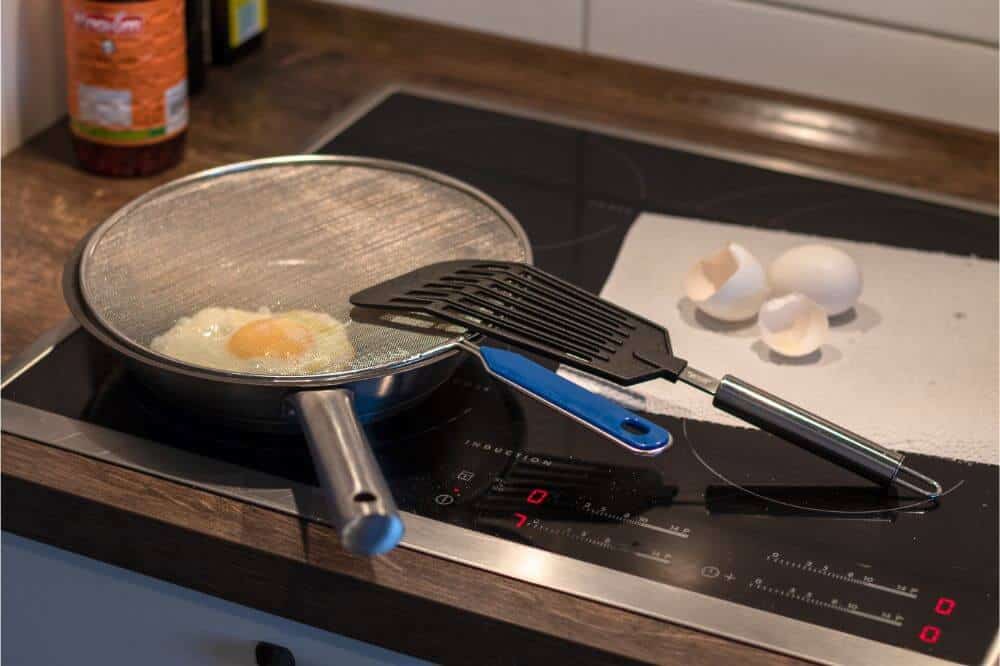 Many people ask me the question, “Does Cast Iron Work with Induction?”, and in this short article, I’ll explain all you need to know about cast iron and it’s induction uses.

Induction cooking is slowly making its way into more and more households. You may have heard good things about it and are interested in learning more. That’s not surprising, because even though it’s popular, there’s still some ambiguity surrounding it.

If you’re worried your old cast iron skillet won’t work on an induction cooktop, don’t be. They’re fully compatible. In fact, it’s one of the best choices for induction-ready cookware.

In this article, we’re going to see what cast iron cookware is all about, and how it works with induction cooktops.

Table could not be displayed.

For a plethora of reasons, cast iron cookware is one of the most widely used types of cookware. Here are the reasons why.

And they have been around for a very long time. The technology of cast iron cookware isn’t overly complicated, so it’s no wonder it’s spread all over the world. When it comes to safety and non-toxicity, cast iron does much better than cookware made out of aluminum, and those with a Teflon coating.

When you pick up a cast iron skillet and realize how heavy it is, you’ll understand why it can last you a lifetime. It’s not a material you can easily warp or destroy. Most cast iron cookware is made entirely out of cast iron, including the handle. That’s why it can sustain very hot temperatures on the cooktops and in the oven.

They Cook the Food Evenly

Cast iron cookware needs to be preheated before cooking. The pan gets very hot, more so than that would be the case with stainless steel cookware. That’s because the emissivity of cast iron is nearly ten times that of stainless steel. A heated cast iron pan will cook the food above its surface. And that’s why food roasted in the cast is cooked evenly.

They are Relatively Cheap and Easy to Maintain

Given the fact that they’re basically indestructible, their value can’t be overestimated. If cared for properly, they can easily turn into something generations of families pass on to each other. And they don’t require much attention; the only thing you need to be mindful of is regular pre-seasoning.

Does Cast Iron Work with Induction?

It’s probably prudent to have some kind of heat-resistant and non-metallic substance under it, like parchment paper or a baking mat. You can even use a paper towel if you don’t have anything else on hand. Cast iron has really great heat retention and it works really well for slow and long cooking on induction cooktops.

However, there are some downsides to using cast iron with induction cooktops. It may be good with heat retention, but it’s a slow heat conductor. If you heat it too quickly, it creates hotspots. Therefore, pre-heating is essential.

And since it takes a while for a cast iron to heat up, it also takes a while to cool down. Cast iron cookware is usually made entirely out of cast iron, so always make sure to have something to protect your hands.

Induction Cooking and Other Kinds of Cookware

One of the things people really like about induction cooking is the precise temperature control. Compared to other types of cooktops, especially a gas stove, induction offers much more control. This is especially useful for someone who isn’t too comfortable with tossing and stirring food over a flame. If you thrive on precision and following recipes in detail, the magnetic field of the induction cooktop will serve you well.

Induction cooktops also support other kinds of induction-ready cookware such as stainless steel and graniteware. Stainless steel will react differently with induction; it will heat up quicker but retain less heat. You can also spray a layer of magnetic properties onto the cookware that isn’t induction ready, thus transforming it.

Cast Iron and Induction are Compatible

Cast Iron cookware is one of the best and safest options for cooking in general, and not only does cast ironwork with induction, it’s also probably one of the top choices, along with stainless steel. However, there are some concerns involved.

The weight of cast iron skillet can be too much for some people to handle. It also increases the risk of scratches to the glass surface of the induction cooktop, but this can be fixed with some resourcefulness.

Cast iron cookware is pretty much indestructible and will last you a long time. The rustic feel of cast iron and the modern appeal of induction cooking make for an interesting pairing.